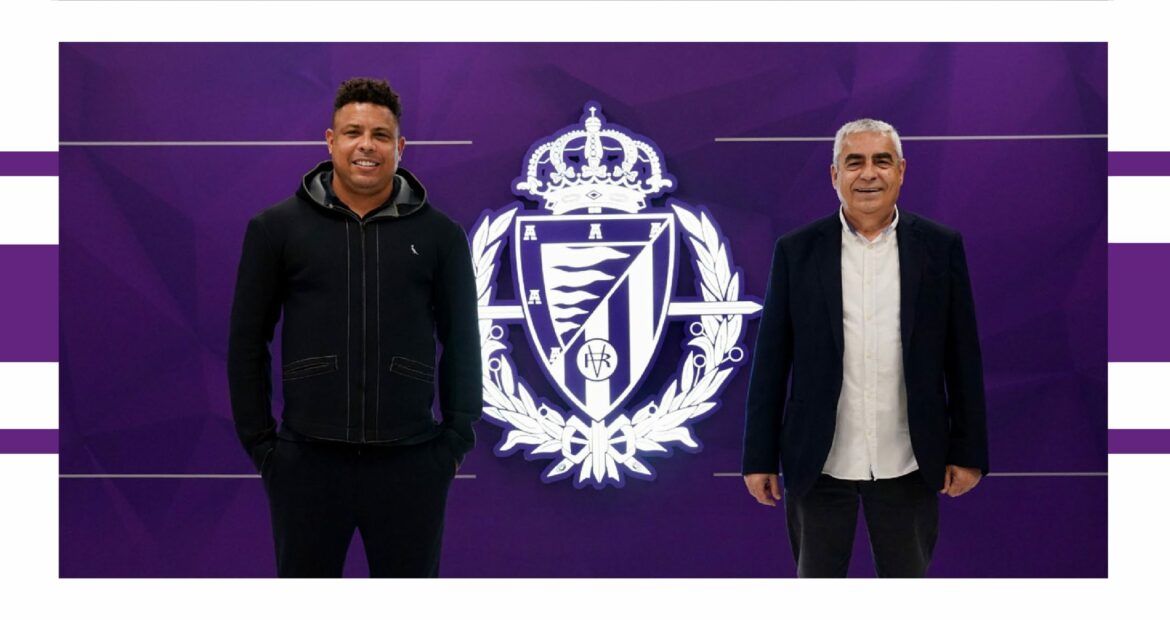 Ronaldo Nazario, a legend in Valladolid

By: Real Valladolid CF International Academy On: 08/04/2022 In: General news and articles, Sport and Equality Comments: 0

Ronaldo Nazario needs no introduction, as he is without a doubt one of the best strikers in the history of football. But in addition to that, “O fenómeno” was and continues to be a worldwide icon, enlarging his legend on and off the pitch.

First of all, we are going to review his record as a player, some data and statistics at the height of very few and that demonstrate not only his footballing quality, but also his total influence within the sport. From countless titles at club and national team level, to winning (double) the highest award a footballer can aspire to, the Ballon d’Or.

His football career began in one of the great Brazilian teams, Cruzeiro, to later make the leap to Europe signing for PSV. Later his first step in the Spanish league would come, playing a season at FC Barcelona and winning his first World Cup with the Brazilian team. This is where his figure begins to stand out, which will lead him to win his first Ballon d’Or in 1997. That same year he signed for Inter Milan, a team with which he will spend 5 seasons, playing 99 games and scoring 55 goals. . In 2002 came his second Ballon d’Or and his second World Cup with the national team, becoming one of the most lethal and difficult to stop strikers on the entire continent. In addition, that same year he signed for Real Madrid, the club with which he has played more games and has scored more goals throughout his career, a total of 177 games and 104 goals. After five seasons and a good handful of titles, he signed for AC MIlan, thus becoming one of the few players to have worn the shirt of the two great teams in the city.

After a season in Serie A, Ronaldo returned to Brazil to sign for Corinthians, a club from which he would retire at the age of 34 and with a track record equal to very few. Highlighting his two Ballon d’Or and his two World Cups with the Brazilian team, in 1994 and 2005.

But we cannot reduce the figure of Ronaldo Nazario to just his facet as a footballer, since since his retirement in 2011, the Brazilian star has wanted to continue to be directly linked to football and show the same quality in offices that he had in the pitch. That is why in 2018 he took over the majority shareholding of Real Valladolid CF, a historic club in LaLiga and which is currently in one of the best moments in its history. Nowadays Ronaldo Nazario is its president and main supporter of the Real Valladolid brand reaching the whole world.